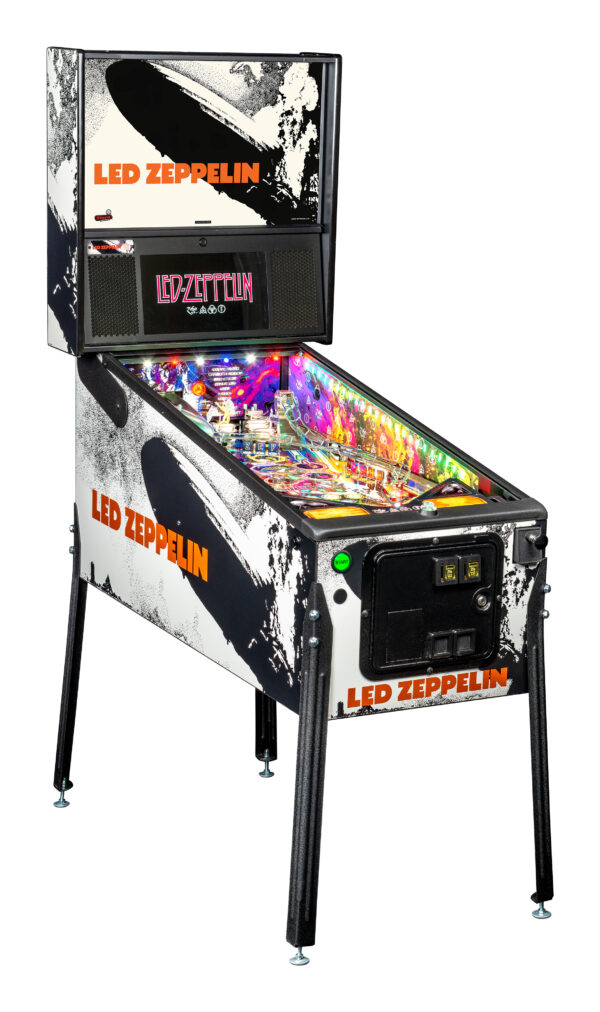 In this high energy rock and roll pinball concert experience, pinball and music are fused together.  Players are transported back to Led Zeppelin’s early days and tour the world from 1968-1980. As if players were members of the band playing its music, their play updates game features at the start of each verse and chorus of ten iconic Led Zeppelin songs:

The premium model features a custom-molded Hindenburg Zeppelin toy, based on the iconic imagery from the Led Zeppelin I album.  When lit, the Zeppelin toy scores speed locks on the player’s musical journey to Zeppelin multiball.  A custom Swan Song Records trademark Icarus sculpted leaper toy takes flight when smashed by the chaotic pinball.   A 3-bank of drop targets, 3 custom steel ramps, and 3 flippers keep the pinball action rolling.