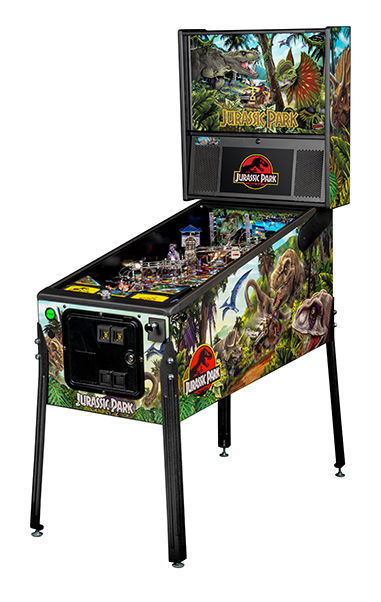 All models also feature a Jungle Adventure Vehicle target in the middle of the playfield that is a spinning Newton Ball.  This kinetic target registers direct hits, determines the direction players navigate on the island during gameplay, and lights T. Rex modes.  All models include three full sized flippers, four custom ramps, a spinning “Spitter” target, in-lane up/down lock post that sets up critical playfield shots and distinctive hand-drawn art highlighting iconic dinosaurs from the series