View cart “Black Knight Pro” has been added to your cart. 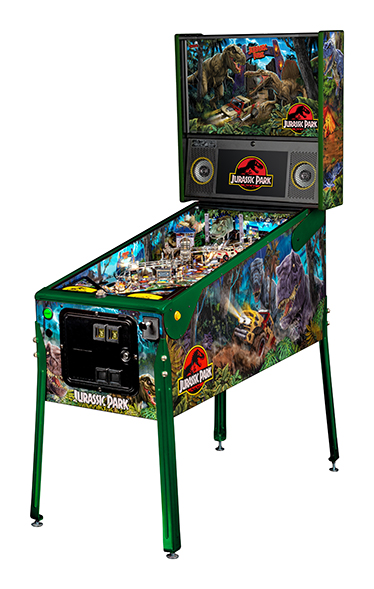 The Premium and Limited Edition models feature an amazing animatronic ball-eating, ball-throwing T. Rex that interacts with the ball and the player.  These models also include an interactive Raptor and Raptor Pen featuring a ball-lock mechanism guarded by a motorized gate.  The action does not let up with unique mosquito-in-amber pop bumpers and a custom metal horizontal helicopter spinner.

“Jurassic Park is a classic film featuring what everyone loves­­­­­ – dinosaurs!  The game is designed to be easy to play, but difficult to master,” said Gary Stern, Chairman and CEO of Stern Pinball, Inc.