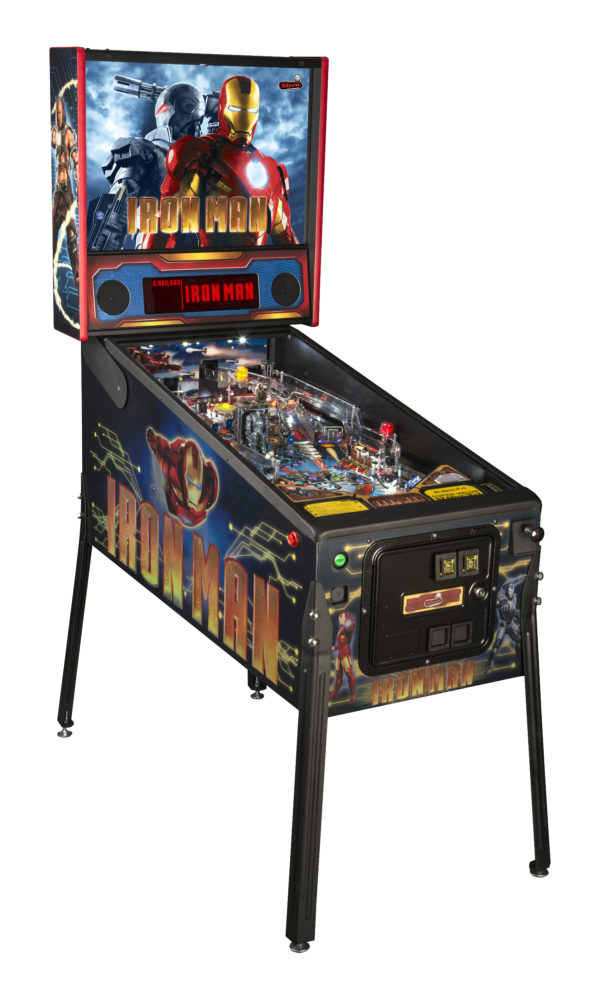 Originally released in 2010, the Iron Man Pro model continues to bring the battle between billionaire industrialist, Tony Stark/Iron Man, and his enemies to the fingertips and flippers of pinball players. With non-stop action, Iron Man Pro Vault Edition heightens the excitement, bringing back a classic game for the players of any age and skill level.

Iron Man Pro Vault Edition features technological and manufacturing upgrades utilized by Stern in its current Pro models. Among the improvements is all LED playfield lighting. Iron Man is manufactured with Stern’s updated modern metal and wood back box with red t-molding and with a decaled cabinet and speaker housing. The Iron Monger, War Machine and Whiplash figures have been molded in one piece construction for improved strength.